There is never a ‘simple’ Will

Home Events and News There is never a ‘simple’ Will

“I need a simple Will”

This is, without doubt, the most common request of a client at our first meeting.

The last time I was told that a simple Will was required, I learned that the client was not married, no children, but had five siblings with whom she was estranged from for many years (and none of whom had predeceased). Client had absolutely no interest in leaving her sizeable estate to any of her siblings, and that her estate should go to a friend who was living in a foreign country.

On the face of things, why would anyone think that anything other than a simple Will would suffice? Here I had a client that had no spouse, children or parents. Only brothers and sisters, albeit estranged brothers and sisters. It’s at this moment that a skilled Wills and Trusts attorney will earn their crust. The ability to foresee what could happen if that “simple” Will was prepared, bearing in mind what that attorney now knows… that it was the siblings, no matter how estranged they were from client, that could prove to be problematic.

A simple rule of thumb when preparing someone’s estate plan. Have down pat, in your head, New York’s succession laws of intestacy i.e., who gets what if a decedent dies with no Will. To know this, turn to New York’s Estates, Powers and Trusts Law §4-1.1. Once you have this down, you then know who the major players will be when preparing an estate plan.

In New York, if a decedent dies without a Will, leaving no spouse, children or parents, the siblings will receive the estate equally. This was what I knew the moment the client told me that she had siblings and wished to leave her entire estate to her friend.

Why is knowing who would have inherited if there was no Will important?

When a decedent passes away leaving assets in their own name, the proposed executor (the person appointed under the Will to administer the estate) must get Letters Testamentary (AKA Probate). Without this, the executor cannot transfer any of the assets. Here’s the kick: courts in New York will require that those who would have inherited but for a Will to be notified, and written consent for the administration to proceed will need to be obtained from them.

So what if no consent is received from those that would have benefitted?

Put simply – those that would have inherited but for the Will (.. or in the case of my client, her brothers and sisters).. have a date in court to air their grievances. Ultimately, they would each have an opportunity to convince the judge that the Will should be torn up.

Having explained this process to my client, a variety of options were then considered and questions raised. The most fundamental question being:

How can we avoid the probate process?

We also considered naming the proposed beneficiary on the account so that the account would be held jointly with my client. A joint account bypasses court (probate!) intervention on the first death because the account passes to the surviving account holder by rights of survivorship. This approach was not an attractive option for my client because it would have inadvertently impacted her friend’s own tax position.

Next up we discussed the idea of utilizing a living trust. This type of arrangement avoids court (probate!) intervention because the assets of an individual are no longer in their own name. Instead, the assets are owned by a trustee (typically, that same individual) and passes on death in accordance with the terms of the trust agreement i.e., to my client’s friend. Given the up-front legal fees involved as well as increased hardship in administering the trust throughout her lifetime, my client decided against the living trust approach.

The last option considered was to prepare a Will that included, what I call, a “dangling a carrot” amount of money to each of the siblings. The hope being that each sibling would receive a satisfying share of my client’s estate and would in return leave the estate unchallenged to be administered. Importantly, the Will would include a ‘no contest’ clause. A ‘no contest’ clause in a New York Will states that a beneficiary (a sibling for example) who unsuccessfully challenges the validity of the Will is prevented from inheriting.

How much “dangling the carrot” money is enough to stop a disgruntled beneficiary from challenging an estate?

There is no correct answer to this question and is anybody’s guess. One thousand dollars might be enough for the sister to make ends meet, but twenty thousand dollars might not be enough to stop a disgruntled brother from challenging the estate. One thing is for certain however, the Will stands more of a chance of not being challenged if my client’s siblings were to get something from the estate and stand to lose their inheritance if they unsuccessfully challenged the Will.

Even if a disgruntled beneficiary refrained from challenging the estate, they could still be awkward!

Yep, the ‘no contest’ clause is an excellent strategy to mitigate challenges to an estate, however, this does not stop a proposed beneficiary under a Will (or indeed an angry sibling not left anything under a Will!) from initiating a 1404 proceeding. New York’s 1404 is a fishing expedition of a proceeding that stops short of triggering the ‘no contest’ clause in a Will. In the case of my client, it would allow a disgruntled brother and/or sister to examine the attesting witnesses and draftsman of the Will. Issues will center around the proper execution of the Will, whether my client had testamentary capacity to execute a Will and whether the Will was the product of undue influence or duress.

My client decided against leaving anything to her siblings. Why should she, she felt, and correctly so. However, this well served feeling of resentment and not wishing to leave anything to her siblings under her Will could also threaten to be the unhinging of her estate plan. In this situation, a Wills and Trusts attorney worth his or her salt will always make scrupulous notes when preparing estate planning documents, especially if it is intended that a decedent’s next of kin will not receive as much, or anything at all (as in the case of my example client). The attorney should prepare notes knowing full well that he or she will be likely testifying under a 1404 examination or a full-blown Will contest.

The above scenario is an indication of how complicated even the most straightforward of situations appear to be. Every client is different and brings with them different circumstances that require an individualized and tailored approach. Be it a client who wishes to omit a next of kin beneficiary, to a client that wishes to leave their estate to a disabled beneficiary or one that has been adopted. On the face of things, a simple looking Will might well be the end product, but this disguises the immense amount of thought and discussion that the skilled Wills and Trusts attorney will have conducted behind the scenes.

There is no such thing as a simple Will. 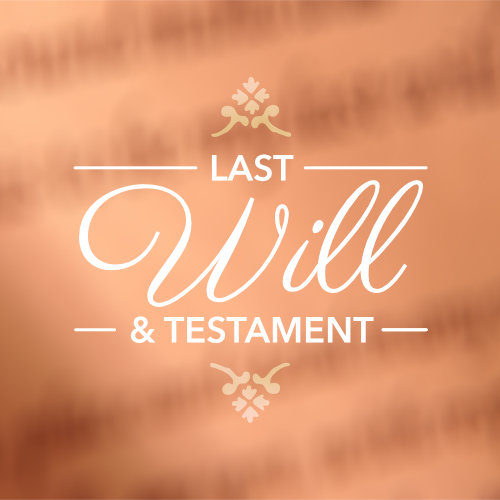